The Arduino OBD-II Kit consists of an OBD-II UART adapter which provides an OBD-II to UART data bridge, and a dedicated library for Arduino. The adapter outputs realtime vehicle data retrieved from OBD-II port as well as regulated power supply sufficent for Arduino and  attached devices. The adapter can be integrated into other MCU or embedded systems in additon to Arduino.

OBD means On-Board Diagnostics which is an automotive term referring to a vehicle's self-diagnostic and reporting capability. OBD systems give the vehicle owner or a repair technician access to state of health information for various vehicle sub-systems. The amount of diagnostic information available via OBD has varied widely since the introduction in the early 1980s of on-board vehicle computers, which made OBD possible.

The Second Generation (OBD-II) is a set of standards for implementing a computer based system to control emissions from vehicles. It was first introduced in the United States in 1994, and became a requirement on all 1996 and newer US vehicles. Other countries, including Canada, parts of the European Union, Japan, Australia, and Brazil adopted similar legislation. A large portion of the modern vehicle fleet supports OBD-II or one of its regional flavors.

Among other things, OBD-II requires that each compliant vehicle be equipped with a standard diagnostic connector (DLC) and describes a standard way of communicating with the vehicle’s computer, also known as the ECU (Electronic Control Unit). A wealth of information can be obtained by tapping into the OBD bus, including the status of the malfunction indicator light (MIL), diagnostic trouble codes (DTCs), inspection and maintenance (I/M) information, freeze frames, VIN, hundreds of real-time parameters, and more.

More information about OBD can found at http://en.wikipedia.org/wiki/On-board_diagnostics . This is the new Arduino Uno R3. In addition to all the features of the previous board, the Uno no.. Arduino is an open-source physical computing platform based on a simple i/o board and a developme.. 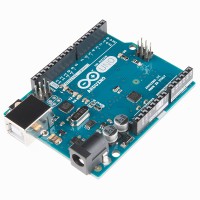