The Insectbot Mini is an easy to assemble robot for young engineers from 6 to 100 years. With assembling this robot you will learn the basic robotics in terms of how all the components work together. There is a microcontroller which is working as the robot brain and two servo motors for the movement. The IR sensor on it's head will act as an eye to detect obstacles in front. The programming can be done by simply connecting the Beetle controller with the USB port on your computer. It is the best way to start building robot on Arduino.

The brain of Insectbot is "the world’s smallest Leonardo", a.k.a. Beetle. It is ideal for DIY projects, wearable projects and etc. Its body is made up of two 9-gram servos powered by a rechargeable 3.7V LiPo battery. Its eyes are an infrared sensor to detect obstacles. It requires no special tools except a soldering iron, scissors, screwdriver, pliers. You can decorate your Insectbot Mini to give him a unique, cute or funny outfit. We also provide a step-by-step instruction to help you assemble it.

We provide 3 programming languages for you such as Ardublock, Mind+ and Arduino IDE. For beginners, you can program it simply by dragging and dropping pre-designed blocks visa visual programming softwares Ardublock and Mind+. For advanced DIYers, you also modify Arduino IDE for your liking.

Note: Tools not included in the kit 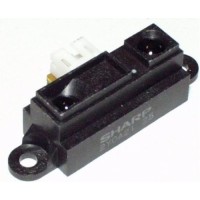 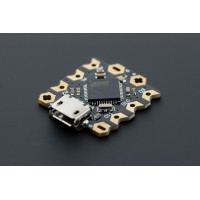 The new generation "Beetle" controller derives its core notion from minimalism without compromisi..